Jean-François Millet (1814-1875) is considered one of the most important artists from the Barbizon School. Hendrik Willem Mesdag and his contemporaries, such as Jozef Israëls, Willem Roelofs, Anton Mauve and Matthijs Maris, knew the Frenchman’s rural scenes well.

They were inspired by reproductions of Millet’s paintings, but certainly also by several significant works purchased by the Mesdags and displayed at their Museum Mesdag. When it came to depictions of nature and peasant life, the Dutch artists saw Millet as a shining example. His distinct visual language, monumental poses and radical composition can be found in all of their work.

Discover the oeuvre of Millet and the work of the numerous artists he inspired in our autumn exhibition.

This exhibition runs almost concurrently with the exhibition Jean-François Millet: Sowing the Seeds of Modern Art at the Van Gogh Museum in Amsterdam (4 October 2019 to 12 January 2020), which explores Millet’s influence on modern art in general.

This exhibition is generously supported by: 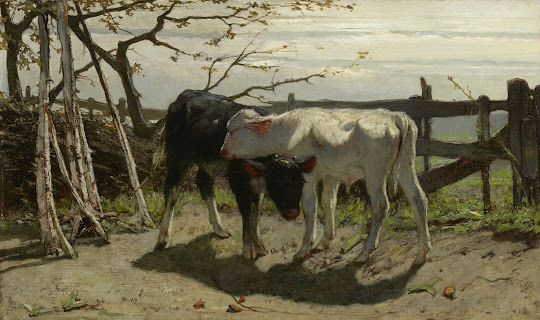 What kind of art did the artists of the Hague School create? And how did Mesdag contribute to their success?