The exhibition ‘Imagining the Orient’ was on display at the Mesdag Collection in The Hague from 21 June to 8 September 2013.

Driven by curiosity and a desire for exotic scenes, numerous Western artists travelled east in the 19th century, heading to the mainly Islamic countries surrounding the Mediterranean Sea.

These so-called Orientalists painted bustling streets and enchanting women, creating compelling depictions of the life and people they encountered. Imagining the Orient featured a wealth of unique Orientalist works, such as paintings by Marius Bauer – the Netherlands best-known Orientalist – and renowned American artist, John Singer Sargent.

The exhibition also included vibrant tiles and other Oriental art objects drawn from Mesdag’s collection. Two sculptures from the Van Gogh Museum collection were also featured in the exhibition. From the hand of French sculptor Charles Cordier, they are inlaid with semi-precious stones, and are rarely put on public display. With this fascinating blend of paintings, sculptures, works on paper and decorative arts, the exhibition offered a stirring depiction of life in the Orient. Imagining the Orient was officially opened by Jozias van Aartsen, Mayor of The Hague.

The Orient has long held magical appeal to the Western world. The region conjures images of enigmatic women and an enchanting atmosphere. The Orientalists drew inspiration from what they encountered on their travels and portrayed the beauty of these countries in their work – sometimes using a healthy dose of imagination. Marius Bauer’s plea to young artists captured the spirit of the age: ‘Go […] to the East and let us astound the world with the splendour of these countries.’

Hendrik Willem Mesdag and his wife Sientje Mesdag-van Houten were also fascinated by the Orient. They collected elegant Oriental decorative arts and paintings by Orientalists such as Singer Sargent and Bauer. For this exhibition, Mesdag’s collection was complemented by several loans and extraordinary works from the Van Gogh Museum collection. 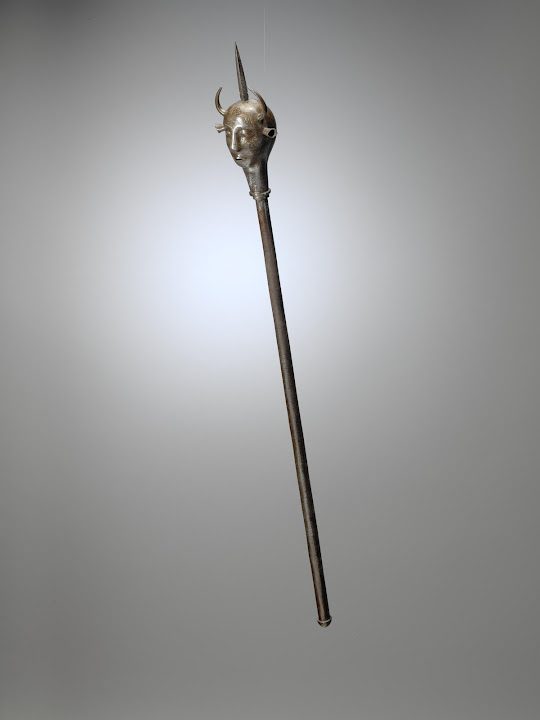 Such as this Ritual Staff of a Dervish