Théodore Rousseau and Charles-François Daubigny adored nature. They frequently headed into the Forest of Fontainebleau to draw, capturing the unspoilt landscape in their own distinctive way. This presentation introduces their remarkable works on paper, which are rarely exhibited due to their fragility.

Théodore Rousseau (1812-1867) and Charles-François Daubigny (1817-1878) were among the artists who travelled to the village of Barbizon in France in the first half of the 19th century. Instead of idealising nature like their predecessors, they made more realistic paintings and drawings of the age-old woodlands.

The Mesdags amassed a large collection of works by Barbizon artists, of which the most drawings are by Rousseau and Daubigny. These drawings offer a varied introduction to their fascination with nature.

Rousseau’s drawings unite meticulous observation and inner experience. He identified with the trees in his works, and made it his purpose to capture these ‘souls of the forest’. Rousseau experimented widely with different materials and techniques.

Daubigny mostly drew vast, sober landscapes, preferably on elongated paper. Daubigny was more concerned with capturing the atmosphere of the place than with offering an exact representation of what he saw.

9 September 2022
Are you inspired by both artists? Come and try out classical drawing materials yourself during our workshop on 9 September at 11 am or 3 pm. You will learn how to draw just like Théodore Rousseau and Charles-François Daubigny! 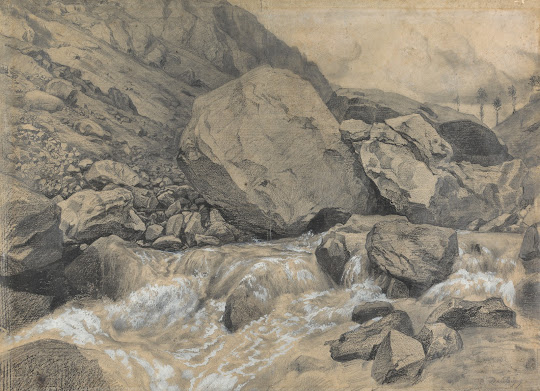 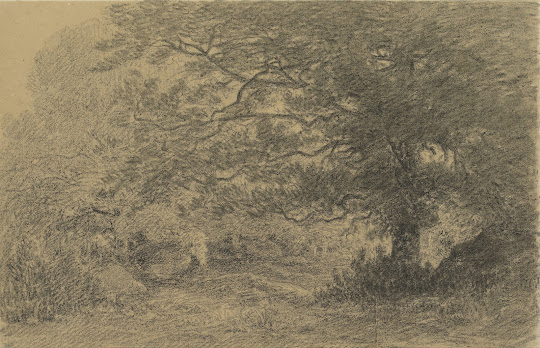 Have a look at Rousseau's artworks from our collection