Van Eeden made six large charcoal drawings on canvas and a photo reportage consisting of some twenty black-and-white photographs. Van Gogh’s drawing Gasworks, made in The Hague in March 1882, was a logical point of departure for Van Eeden. The artist has a strong connection with the place: he was born in The Hague and lives around the corner from the original location of the now demolished factory.

In his drawings, Van Eeden always reconstructs places and events from before his birth. He seeks the spirit of a place, the genius loci. In doing so, he tries to draw near to a certain moment when he himself did not exist. In this case, the early spring day in 1882 when Van Gogh captured the gasworks on the outskirts of The Hague on paper.

Video is Dutch spoken with English and Dutch subtitles.

Van Eeden always conducts extensive research before he starts drawing. For his research into Van Gogh’s Gasworks, he collected a range of historical images and texts. Some of these are from the gasworks’ archives, now part of The Hague City Archives. These original pieces are also on display in the exhibition.

Vincent van Gogh in The Hague

Van Gogh moved to The Hague in December 1881. He initially had painting lessons from his cousin by marriage, the famous Hague School artist Anton Mauve. Van Gogh subsequently threw himself into drawing, and with success. He received a commission from his uncle Cor – his very first paid commission – to make a series of twelve cityscapes of The Hague. The drawing Gasworks is one of these works.

It is very possible that Van Gogh met the Mesdags in The Hague. When the young artist moved to the city, Hendrik Willem Mesdag and Sientje Mesdag-van Houten were highly influential, esteemed figures in The Hague art world. They were well-known collectors, and they would have visited the same exhibitions and places as Van Gogh.

The French and Dutch painters that the Mesdags collected were a significant source of inspiration for Van Gogh. In July 1882, Van Gogh saw part of their collection at an exhibition. He praised what he had seen in one of his letters:

‘There are many beautiful things there by Dupré, Corot, Daubigny, Diaz, Courbet, Breton, Jacque &c. (…) I’m glad to have seen all this’.

Part of the Van Gogh Museum 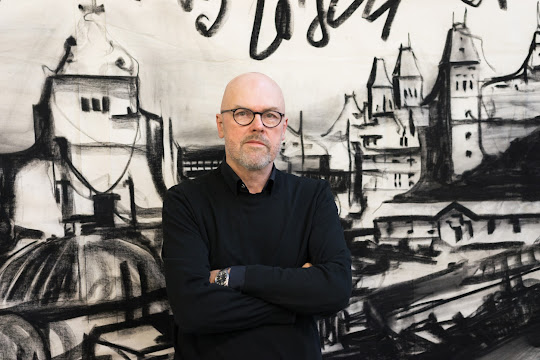 Discover more about the artist